Where to go for vermouth in Barcelona 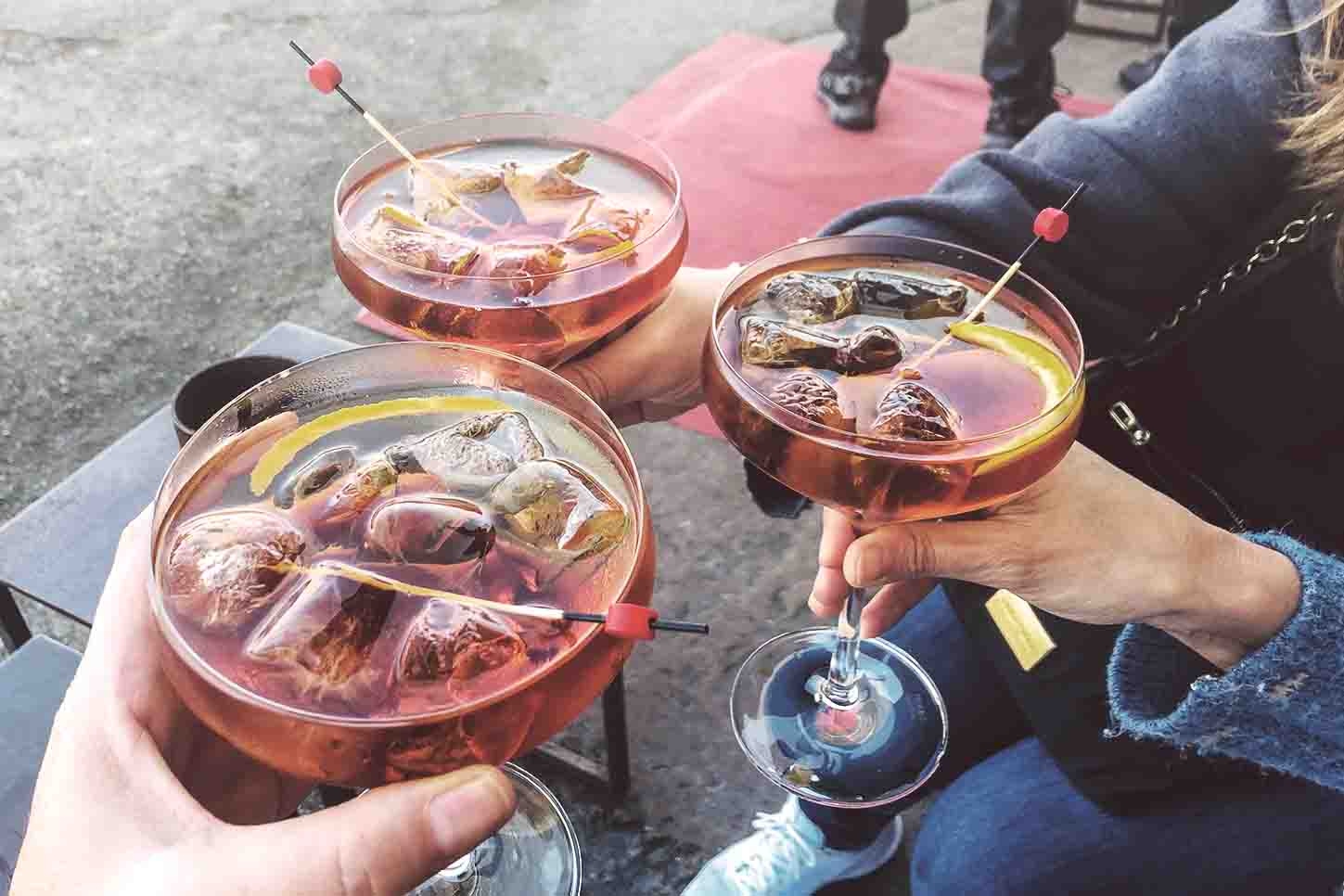 The 1970s are back! Corduroy, flares, wire-framed glasses and everyone’s favourite retro drink – vermouth. To be fair, vermouth – or vermut in Catalan – never really went out of fashion in Barcelona, but in the last few years its popularity has skyrocketed. If you’re around Sant Antoni on Sundays, you’ll probably have noticed tables of friends enjoying a vermut – sipping small glasses of a dark drink and snacking on olives and crisps. It’s a vital part of social life in Barcelona, so read on to learn about vermouth and find out how and where to drink it!

Vermouth started out as a fortified wine, with various botanicals (herbs, spices, flowers, seeds and roots) added to the wine for medicinal purposes and it has a long and illustrious history – the first recipe for fortified wine dates from 400BC! The first commercial producer of vermouth was Antonio Carpano in Turin, in 1786. He sent a crate of his new wine to King Vittorio Amedeo III who took an immediate liking to it, and its popularity spread across Europe and North America.

In Spain the most popular vermouth is vermút rojo, a sweet red vermouth. It was traditionally enjoyed as an aperitif, after Sunday morning Mass and before a big family lunch. While church attendance has fallen, the custom of drinking vermouth has persisted. The most traditional Spanish vermouth comes from Reus, a small town 100km from Barcelona, but nowadays many bars serve vermut casera – their own homemade vermouth featuring a unique blend of botanicals.

How to drink it

With friends at a bar on a weekend afternoon, over snacks and chat. Vermouth is most commonly served over ice, garnished with an olive or a slice of orange. It might be topped off with a little spritz of seltzer but it’s not a given. It’s customary to order a snack to be enjoyed along with your vermouth – nuts, crisps, tinned seafood, jamón, cheese or olives are the usual accompaniments. Vermouth is still predominantly viewed as an aperitif, so best enjoyed before a big meal – and order after dinner at your peril!

Our top vermouth spots in Barcelona

Casa Mariol is one of the oldest and most famous vermouth producers in the city. Their artisanal vermouth is on the wine list at restaurants all over the world, and they serve it straight from the barrel at this little bar near the Sagrada Familia. You’ll even be able to pick up a bottle to take home with you! Bodega Cal Pep in Gracia is another good place to hit on your vermouth tour. It’s a real down to earth Barcelona bar, and sipping a vermouth in here is like stepping back into the city’s past!

Carrer del Parlament in Sant Antoni is a vermuteria hotspot – on Sunday afternoons you’ll find its pavements thronged with people sipping vermouth and nibbling on cheese. Bar Calders is a popular spot – expect a queue for a terrace table on sunny afternoons. Bodega Vinito next door is also one of our favourite bars, with barrels of vermouth lining its walls and a great selection of tapas to enjoy along with your aperitif! Bodega 1900 is just two streets away, on Carrer de Tamarit, and it’s another neighbourhood favourite. Bottoms up!