Working as a Cambridge examiner in Barcelona 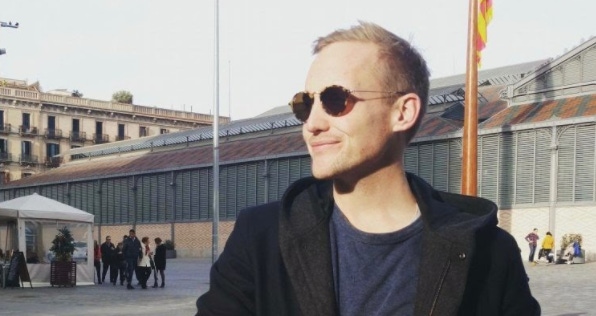 Brad MacDonald has been living and working in Barcelona for the last five years. A few years ago he started working for Cambridge as an exam supervisor and speaking examiner, so we caught up with him to find out how that ties in with TEFL teaching.

Hi Brad! Why did you first move to Barcelona?

I’d been studying in Amsterdam, doing a Masters, and when I was back in Canada I met a girl who had been living in Barcelona and working as an English teacher. She raved about it and said it was a really great quality of life. I’d been looking to get back to Europe and was interested in teaching English. My undergraduate degree was in International Studies and Modern Languages, during which I did a year long programme focused on second language acquisition, so teaching English seemed like a good option for me. I came to Barcelona in order to do my TEFL course. I’d been thinking about moving to Asia to do it, but I’m glad I went for Spain. I initially came for a year, and five years later I’m still here!

How did you become a Cambridge examiner?

Well, the school I work for is a Cambridge examination centre, so in my first couple of years there were lots of invigilating hours available – making sure nobody cheats, basically. It was good because it paid a bit more and the gigs were few and far between, mostly Saturday mornings, but it was a nice way to top up my teaching salary. I did that for a couple of years, and then Tara – the woman who organises the exams – needed some help with supervising the exams, so I asked to be trained as a supervisor.

What does a supervisor do?

The supervisor is the person who collects all the exam materials, takes them out to the school, liaises with the teachers, meets with the speaking examiner and organises everyone. Then once the exams are completed, you collect them all and take them back to the office to be shipped away to Cambridge. I ended up doing a lot of supervision hours the first year which was great.

And you’re now a speaking examiner too?

Well I did supervision for a year, but in order to train as an examiner you need to be over 26 and have three years of teaching experience, so I couldn’t get trained up in the first year because I didn’t have enough experience. I got trained up as a speaking examiner last year. The training was over two sessions – we learned about the criteria, watched videos of speaking exams and did sample markings to make sure we were within the same parameters as a Cambridge examiner.

Sometimes I’m sent to supervise exams in Barcelona but sometimes up the Costa Brava, in Girona – I’ve even been to Andorra! You can be sent anywhere in Catalunya really and it’s normally an early start, so when I was still teaching in the evenings it made for very busy days! Exams happen throughout the year but the busy season is from March to July, that’s when Cambridge needs the most people. The schools are all different – some are private schools, some are state schools, some are really badly organised and others are very efficient. In some schools the kids are totally prepared for the exam, but in others you leave wondering why the school bothered putting them forward for the exam at all.

As the supervisor you need to get to the school and meet with the teachers, get the room set up, organise the speaking examiners and make sure they keep to the schedule, keep track of all the materials, sort out the paperwork for paying the speaking examiners – it can feel a bit like spinning plates! After the exam you gather up all the papers and take everything back to the office in Barcelona.

If you want to train as a speaking examiner it’s important to have a thorough understanding of how the exams work. Cambridge run hundreds and hundreds of sessions through the year, and some exams have up to 500 candidates, so there’s a lot to organise!

Do you have to deal with a lot of exam nerves?

All the exams have really strict rules, even the ones for children, and it can be hard to enforce them – some of these kids are six years old. Basically there’s no talking, no moving around the room, they have to keep their eyes on their own paper and you have to tell them that if they don’t follow these rules they’ll be disqualified. We were doing the listening part of the exam, and the children were instructed to colour the dog red. I was looking around the room and everyone picked up the red pencil except one little girl who picked her green pencil, made eye contact with me and then looked around and saw everyone else holding their red pencils. She saw that I’d seen her pick up the green pencil and also that I’d seen her look around, so she lowered her head and started colouring the dog green, with huge tears rolling down her cheeks! She cried for the rest of the exam, poor thing! I’ve also had kids vomiting on their papers with nerves and had to get janitors in to put down sawdust, I’ve had runaways – people who disappear between one part of the exam and the next – the list is endless!

What’s the best thing about working for Cambridge exams?

I know it’s silly, but one of my favourite parts of the job is seeing all the funny names. I had a kid once called Tudor Toader, that was the best one. If they finish early I tell them they can draw a picture, and as a result I now have hundreds and hundreds of pictures of myself! But seriously, it’s a great way to save money in that crucial period before summer, allowing me to go on some big trips over the summer. It can be stressful, but I like that it’s a different energy to teaching, using a different part of my brain to get organised. I work what would be considered a full time teaching schedule, so I wouldn’t take on more teaching hours but this is a bit different. It’s also good for anyone who’s teaching those levels to get an idea of the exams and what’s expected of the students. I remember the first year I was here, preparing students for the FCE exam, but with what I know now I feel like they weren’t prepared enough for the speaking part of the exam! So as a teacher, doing the exam work really helps you in your exam preparation classes.