The TEFL Iberia guide to neighbourhoods of Barcelona 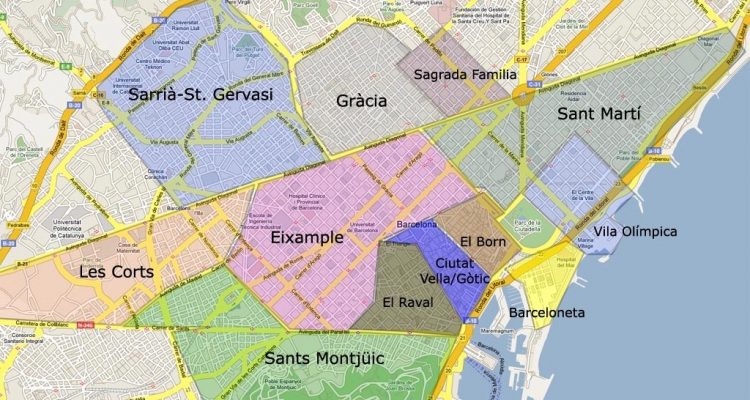 Finding somewhere to live is usually the first challenge of moving to a new city, and it’s a whole lot easier when you know what neighbourhood you want to live in. So for newcomers to the city we’ve put together a brief guide to the barrios of Barcelona. Read on to see if you want to keep it real in Raval or live the high life in Sarria...

Perfect for those who like being in the thick of it, El Raval is the multicultural melting pot of Barcelona. It’s dirty, noisy, creative and hip, with a population of immigrants, students and artists. Most apartments are quite cheap, given how central and well-connected the barrio is. For food-lovers it’s a great spot – not only do you have the Mercat de Sant Antoni but also lots of supermarkets and food shops selling produce that can be hard to find in other parts of the city. There’s also a plethora of bars and restaurants for those who like going out. On the downside the flats in El Raval are usually quite small, the streets are narrow and it can be difficult to sleep at night because of the noise. There are lots of ‘characters’ hanging out on the corners, but if you don’t bother them then they won’t bother you.

El Gótico is the mirror image of El Raval – narrow winding streets, busy plazas – but the area is in better condition and the flats are typically more expensive and much bigger, featuring high ceilings and tall windows.  Bars, restaurants and clubs abound in this neighbourhood, and there are also lots of high street shops too, perfect for shopaholics! Unfortunately there isn’t as much choice when it comes to food shopping, with a lot of retail space given over to tourist shops and boutiques. There is La Boqueria – if you go to the back of the market you’ll get better value for money, though you’ll have to fight your way past a lot of tourists! El Gótico is very central and has many of Barcelona’s most sights, which means the streets are crowded with tourists almost all year round.

This bohemian barrio is one of the most beautiful of Barcelona, with lots of trees and shady plazas. It’s quieter than the other neighbourhoods of the Ciutat Vella but still has plenty of cool bars and interesting restaurants. It suffers from the same lack of supermarkets and food shops as the Gótico, but instead of that space being taken up by tourist shops there are lots of designer boutiques and gallery spaces. It’s very well connected to the rest of Barcelona and only a ten minute walk from the beach. It can be quite noisy but it’s not as bad as other parts of the city, and the flats are similar to flats in the Gótico – big living spaces, high ceilings and tall windows, with prices to match.

This working class neighbourhood just outside the city centre is quiet and residential, with few immigrants and hardly any tourists. The flats are usually quite modest in terms of size, reflecting the blue collar roots of the barrio, but they’re also very reasonably priced. There are lots of restaurants and bars in Sants but it’s a very authentically Catalan neighbourhood, so don’t expect the same mix of people that you’ll see in other neighbourhoods. It’s good for food shopping too, with a huge covered market called Hostafrancs which is just like La Boqueria but without the tourists! Sants is well connected to the rest of Barcelona and the big train station is the main travel hub in Catalunya for trains that go south, to Madrid and to France.

Poble Sec offers the perfect combination – a residential neighbourhood with a bit of buzz. Bordered on one side by Avinguda Paral·lel and by the lower slopes of Montjuic on the other, it’s very central but also very close to the Parc de Montjuic if you want some peace, quiet and wide green spaces. The barrio has quite a multicultural population and there are lots of great food shops, bars and restaurants, especially along Carrer Blai, the main street in the neighbourhood. Flats in Poble Sec are usually mid-sized, with lots of traditional features and at very reasonable prices.

The entire Eixample district is on a grid system which means it is bright and airy with wide streets and lots of traffic! There are lots of businesses in L’Eixample so it’s much busier during the day than it is at night, but it still has lots of bars and restaurants. The flats are beautiful – very high ceilings and lots of Modernist features but they come at a price! The Sagrada Familia is the main tourist attraction in L’Eixample Derecho so there are tourists around that neighbourhood but apart from that there’s not much of a tourist presence – the main inhabitants of L’Eixample are well-off Catalan families and young professionals. There are lots of supermarkets as well as a big central market with a Caprabo supermarket in the basement.

The left side of L’Eixample, this neighbourhood is more eclectic than L’Eixample Derecha. There are still lots of businesses and families but this neighbourhood also encompasses the gay district of Barcelona and the hip barrio of Sant Antoni. It’s well served by lots of supermarkets and very central, with plenty of nightlife and restaurants. The flats are very similar to the apartments on the other side of L’Eixample – modernist buildings with the traditional high ceilings, mosaic floors and lots of light, but expect to pay for them.

Gracia used to be a village before it was swallowed up by the city’s expansion, and it still retains that village feeling today. Away from the main plazas, it’s quite quiet, and the residents are a mixture of Catalans and expats. There are lots of small independent boutiques and shops, and loads of bars and restaurants offering cuisines from all over the world. There are lots of organic food shops which are a little pricier than elsewhere, but it’s well connected to the rest of the city and a desirable neighbourhood to live in. This is reflected in the rents – despite the fact that the flats are much smaller than L’Eixample apartments they still command a high rent.

Barcelona’s newest up-and-coming area, this neighbourhood was formerly an industrial area but is now home to lots of artists’ collectives, tech startups and craft breweries. It’s right on the beach, but without the tourist hordes of Barceloneta, and is populated by tech workers, young professionals and expats. It’s well connected to the centre and away from the main streets it’s quiet and clean. There are lots of food shops and supermarkets in the neighbourhood and the apartments are mostly modern developments of old industrial spaces, so expect lots of loft conversions and spacious flats. The rents are still fairly reasonable in this neighbourhood but are bound to go up over the next couple of years as Poblenou becomes more and more of a desirable neighbourhood to live in.

This is the poshest area in Barcelona and the rental value of flats is accordingly high! It’s where wealthy Catalan families live, and it’s very quiet, clean and residential. It’s quite far from the centre and the beach and a good compromise for people who don’t like the noise and hurry of downtown Barcelona. There’s no metro line but there are buses and trains which get you into the centre of Barcelona in around 20 minutes. There are a few local restaurants but they’re quite expensive, as are the food shops and supermarkets.

Calling all beach bums! Barceloneta is the neighbourhood for you if you love the beach. Right on the water, this busy neighbourhood is a mixture of Catalan families and newer arrivals. The small buildings and narrow streets give Barceloneta a village feel, and there are lots of local bars and restaurants at reasonable prices. There has been a lot of tension in the neighbourhood in recent years as during the summer the area is overrun with tourists and many of the apartments have become Airbnb rentals, but there is a vocal residents’ group fighting back against the ‘touristification’ of the barrio. Flats in Barceloneta are sought after due to their proximity to the beach, so although they don’t boast the striking design features of apartments in L’Eixample, the rents are still quite high.

Once you’ve decided on a neighbourhood your search for a dream flat will be more targeted and focused! If you’re new to Spain this blog about vocabulary for flat-hunting might come in useful, as will our tips on finding accommodation in Barcelona. Good luck! 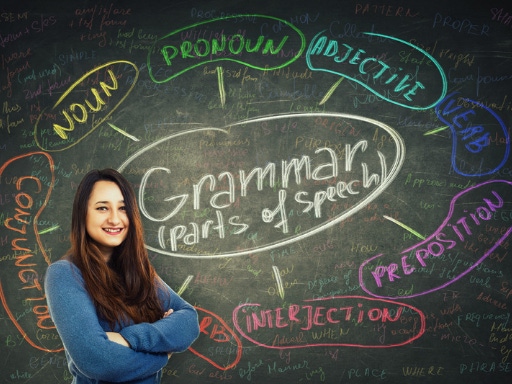 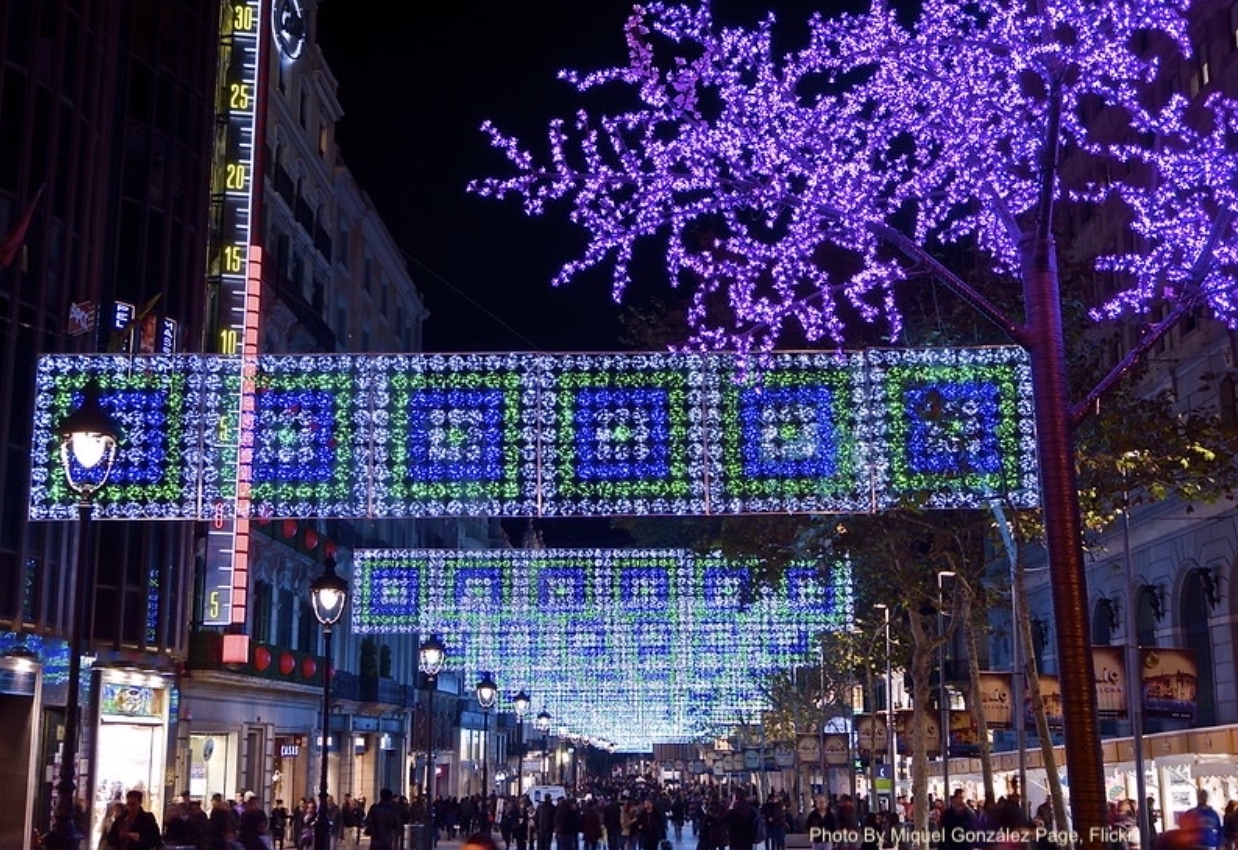 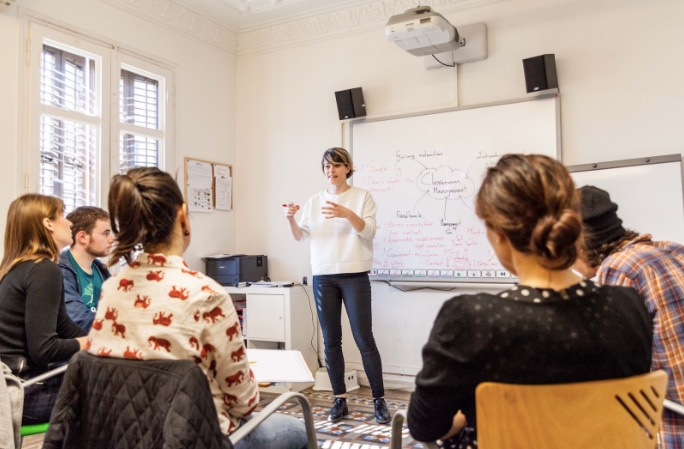 Training to become an English teacher is an exciting adventure – especially when you’ve moved to a completely different country to do it.  However, like any giant thrilling leap into the unknown… all that excitement brings a whole lot of trepidation...

Things to do this Christmas in Barcelona The lights are on, a chill is in the air and that warm and fuzzy festive feeling is beginning to take hold. Yes, Christmas is on its way! And while Barcelona isn’t thought of as the most Christmassy place (tha...